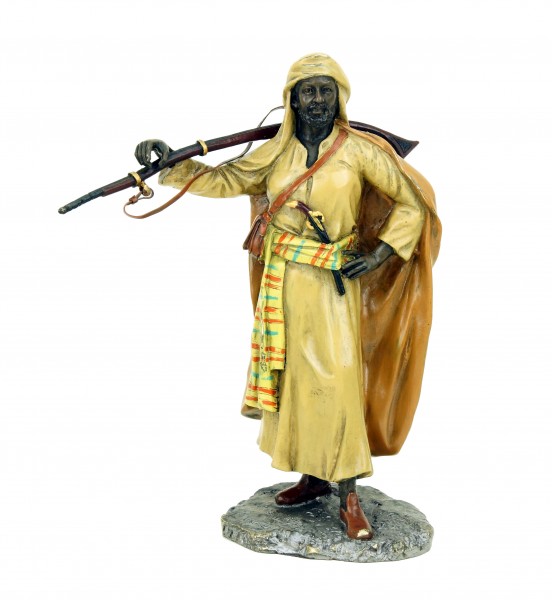 Description Evaluations 0
Description
This Vienna bronze statue was painted by hand and endowed with the Bergmann stamp. It shows an... more
Close menu

This Vienna bronze statue was painted by hand and endowed with the Bergmann stamp. It shows an Arabian warrior, possibly a Bedouin, who poses with his opulent rifle swung over his shoulder. The decorative bronze sculpture is characterised by a realistic depiction of the presented materials. This is especially noticable in the area of the flowing robes and the stony ground. The natural painting of the Viennese bronze statue further enhances the overall effect of this collector’s figurine that evokes the magic of the old Orient. The character of the Arabian warrior in itself is a popular motif of the Vienna bronze period and was interpreted in numerous different ways in the various Viennese bronze foundries.