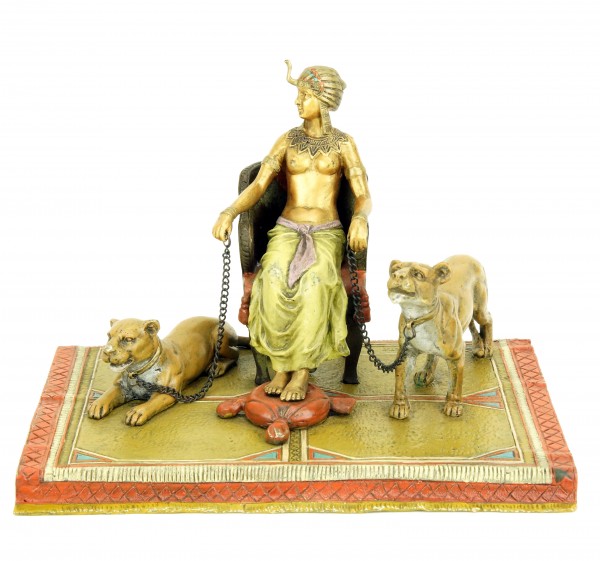 This luxurious Viennese bronze statue skilfully captures the magic of ancient Egypt into bronze. It consists of a connected group of figurines — two lionesses and a female Egyptian pharaoh. The golden beauty majestically poses on her throne, flanked by two proud lionesses that are kept on chains. This bronze figurine is endowed with the Bergmann stamp and characterised by a particularly detailed design of this fascinating motif. The pharaoh is wearing jewellery that is typical for ancient Egypt. Her feet lie an a cushion, which further exemplifies her superior status. This royal impression is further highlighted by the fact that the exotic figurine was delicately painted by hand.

Our bronze figurines are created in an elaborate process that features a lot of different stages of production. Our main production technique is the so-called lost wax technique, which is a tried-and-tested method when it comes to the production of bronze statues.