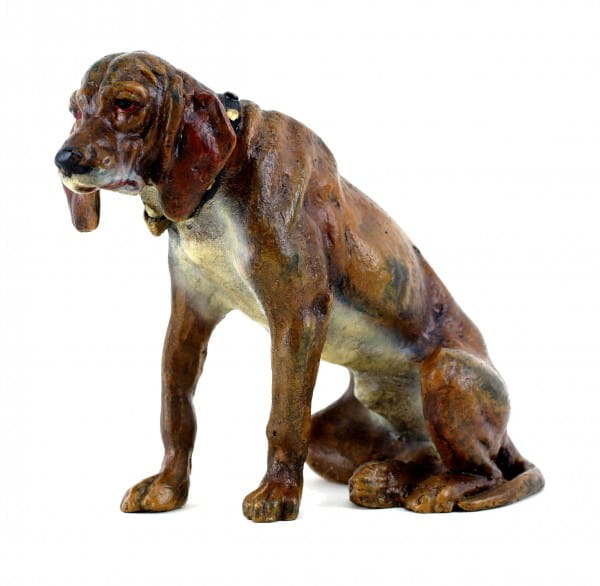 This exclusive Vienna Bronze figurine depicts a sitting hound with a collar. The small dog figurine combines all characteristics that are typical for the Vienna Bronze period. Equipped with the Bergmann stamp, the detailed bronze sculpture was painted by hand. The sitting hound is depicted in a highly realistic manner. Especially during the beginning and middle of the 20th century, small animal figurines made of bronze were immensely popular. Originating from the numerous bronze foundries in Vienna, which were dedicated to the production of bronze miniatures, those animal miniatures soon became popular collector’s items all over Europe. The artworks of Franz Xaver Bergmann (1861-1936) in particular are the pieces that were, and still are, highly valued by art enthusiasts.