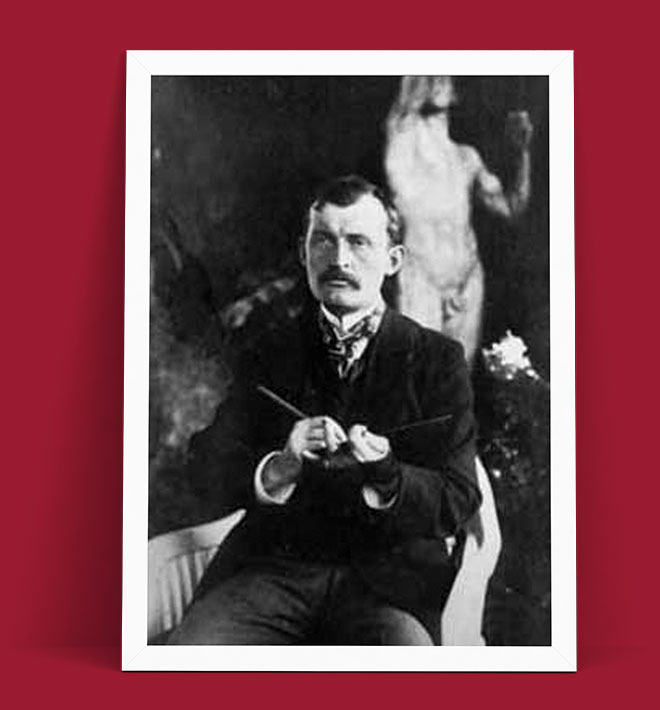 Edvard Munch (1863-1944) was an important Norwegian Symbolist painter and printmaker, as well as a pioneer of Expressionism. His most famous work "The Scream" is one of the world`s most famous paintings and as expressionist masterpiece.

Filter
Close filters
No results were found for the filter!
Hommage to Edvard Munch - The Scream - casted in bronze
€899.00 *
Article number: RL-089

Edvard Munch was an important Norwegian Symbolist painter and printmaker, as well as a pioneer of Expressionism. His most famous work "The Scream" is one of the world`s most famous paintings and as expressionist masterpiece.

was an important Norwegian Symbolist painter and printmaker, as well as a pioneer of Expressionism. His most famous work "The Scream" is one of the world`s most famous paintings and as expressionist masterpiece.

The life of Edvard Munch

Munch was born on December 12, 1863 in Løten, Hedmark, Norway. With his new style, he opened the way for the expressionist painting in Germany and Central Europe. Munch`s art is determined by illness, life, death and grief.

He grew up in a culturally open home. His father was a religious military doctor. When Munch was five years old his mother Laura Catherine Bjølstad died. Later his sister Sophie died. The artist was to as manic-depressive. He suffered from bipolar disorder.

Following his father`s wishes he studied engineering. He broke off his study and dedicates itself to art.

He attended a school for drawing in Oslo. The young artist studied the old masters as well as other arts; he also attended a nude drawing class. It didn't take to long until his great talent was identified. In 1882 he rented his first studio and painted first pictures with structures characterized by Impressionism. Two years later, in 1884, he became part of the "Kristiania-Bohème", a group that acted against contemporary moral beliefs.

In 1885 he travelled to Paris. 1885 was also the year one of his most provocative pictures occurred: "The sick Child".

Painting this picture was Munch's way to handle his sisters death. 1889 was the year he holds his first single exhibition and the year he got financial aid for the next two years by earning an art stipend. The year his father died he painted another picture to handle this lose; in 1890 he painted "Night in St. Cloud".

In 1892 he got invited to Berlin, where his pictured forced the founding of Berlin Secession. Thereupon he moved to Berlin and got friend with the founder of the magazine PAN. Berlin became the place he primarily exhibited his pictures "The Scream" (1893) and "Vampire" (1893/94). In 1894, he enlarged the spectrum of motifs by adding Anxiety, Ashes, Madonna and Women in Three Stages (from innocence to old age).

During the coming years he was working on lithographic prints and wood carvings but also went back to Paris, where he did first coloured lithographic paintings. Then in 1897 Munch took part in the "Salon des Indépendants". 1902 he exhibited "The Dance of Life", a picture he started to paint in Berlin.

After he decided to live in German exile, he spent a lot time in Warnemünde in 1907/08, his last station in Germany where he recovered his mind as well as his body. But in 1909 he moved back to Norway, where he lived until he passed away on January 23, 1922. When Munch died, his remaining works were bequeathed to the city of Oslo, which built the Munch Museum at Tøyen (it opened in 1963). Some of his works are nowadays exhibited at the Munch-Museum and the National Gallery in Oslo, except "The Scream". This picture was stolen in 2004 and even it was relocated it is nowadays irrecoverable destroyed.