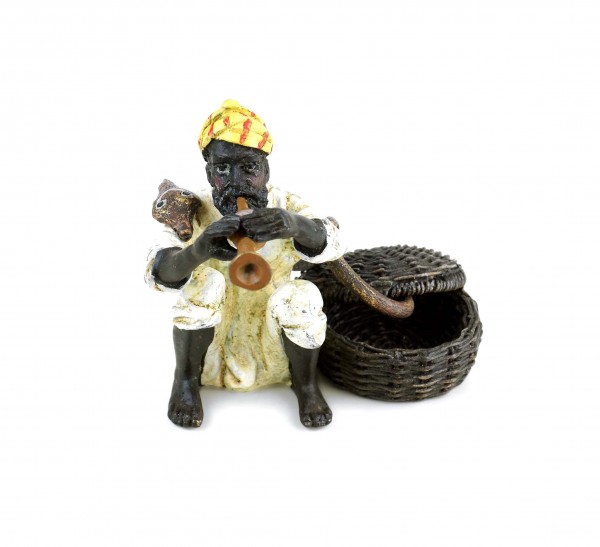 Description Evaluations 0
Description
Particularly during the beginning of the 20th century, the allure of the Orient moved into the... more
Close menu

Particularly during the beginning of the 20th century, the allure of the Orient moved into the main focus of Vienna Bronze works. This is the reason why there were a lot of Arab figurines and carpet bronzes that depicted the everyday life in this distant region. In all of this, the character of the snake charmer had an especially fascinating effect on the people in Central Europe. This inexplicable, strange and at the same time alluring game between snake charmer and animal has also been recreated in this Vienna Bronze figurine. This stamped collector’s piece has been elaborately painted by hand and consists of two parts, as the snake can be placed separately. One can also clearly make out the detailed surface structure, which culminates in the virtuously made snake basket.

The production of our bronze figurines is subject to strict quality guidelines. All of the products in our assortment have been created by using the lost wax technique. They have been cast and refined by hand.