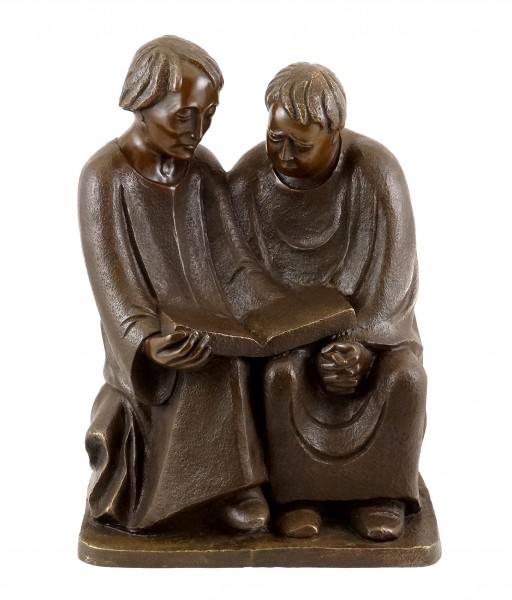 Ernst Barlach’s "Reading Monks" are the epitome of escape from the banal everyday life. The monks seek fulfillment in a spiritual and contemplative world. They are concentrated to an open book, probably the bible. In the literature Ernst Barlach is often explained as a "God-seeker". His work is a testimony of religious experience. Barlach deals with religious motifs which are mainly borrowed from Christianity. His interest is not primarily the Christian tradition, but rather in humans in general. The sculpture on the left was carved in 1932. The immense humanity of the characters is reflected in the physiognomy, the gestures and posture. The blocky closed form and geometric character give the monks certain abstractness. The exhibit is provided with the signature of the artist.

Exclusive limited edition of 20 copies, individually numbered and signed with the artist's name.