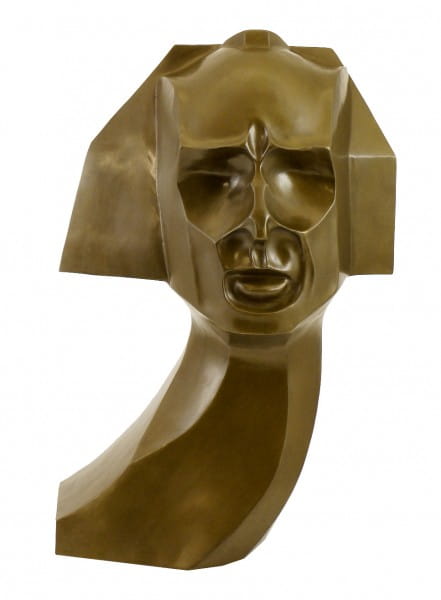 Description Evaluations 0
Description
The exhibit on the right is a bust of the German artist Herwarth Walden, conceived and... more
Close menu

The exhibit on the right is a bust of the German artist Herwarth Walden, conceived and designed by William Wauer, a sculptor and film director also of German origin. Herwarth Walden (1878 – 1941) made a name as a writer, publisher, gallery owner, musician and composer. Walden was one of the most important protagonists of German avant-garde of the early 20th Century. He married the German poet Else Lasker-Schüler. In 1911, William Wauer staged "Die vier Toten der Fiammetta”, a pantomime piece of Herwarth Walden. Wauer later made a name as a portraitist and created next to the cubistic bust of Herwarth Walden also busts of Albert Bassermann, Friedrich Ebert and Paul von Hindenburg.

The bronze figure was cast using the lost wax technique. Each of our bronze exhibits is subject to strict quality criteria and is characterized by high quality. The sculpture is signed with William Wauer.

William Wauer (1866 – 1962) was a German sculptor and film director. After visiting two schools in Dresden and Halle, he studied at the art academy in Dresden, Berlin and Munich. After a two-year-long stay in San Francisco and New York, he studied philosophy and art history one semester in Leipzig. Wauer was active as an art critic, features editor, publisher, theater and film director, as well as a sculptor. With Hitler's 1933 seizure of power in Germany his diverse activities came to an abrupt end. The National Socialists defamed his works as "degenerate art" and banned him from working in 1941.