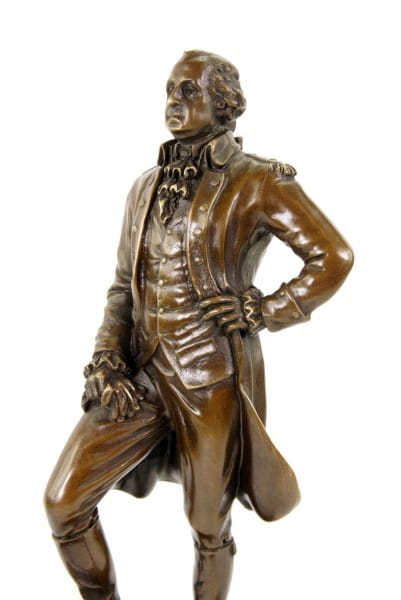 With this statue, the artist Milo presents the founding father of the American nation, George Washington. Placed on a stylised bronze stone base, Washington is shown in a classically dominant ruler's pose. The extremely realistic representation is perfectly formed from head to toe and effectively captures the imposing figure of the President in Bronze. The bronze sculpture, placed on a discreet green marble plinth, is a virtuoso imitation of the materials it depicts, which makes the 30-centimetre-high sculpture all the more interesting for collectors and lovers of realistic art sculptures. The bronze figurine also bears the artist's signature.