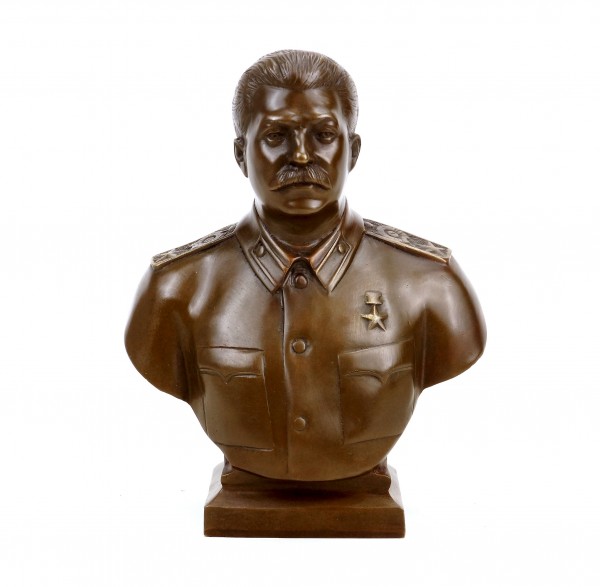 Designed in 1953, this bust of the Soviet dictator Josef Stalin documents a central piece of contemporary history. Born on 18th December 1878 under the name of Iossif Wissarionowitsch Dschugaschwili, the Soviet head of state went down in European history as Josef Stalin alias the Iron Dictator. As the totalitarian dictator of the Soviet Union and commander of the Red Army during the second world war, Stalin became one of the influential characters of the 20th century who combined both political and military power in one person. This historical bronze bust of Josef Stalin is completely made out of bronze and signed on the back.

When it comes to the production of our bronze figurines, we place our bets on tradition and quality. All of the sculptures are subject to constant quality inspections and created via the lost wax technique.

Militaria busts and sculptures are popular collector’s items that have a certain kind of historical value. The sculptures and statues of various military leaders and personalities are extraordinarily popular among art enthusiasts, as they combine tasteful pieces of art with elements that are steeped in history.