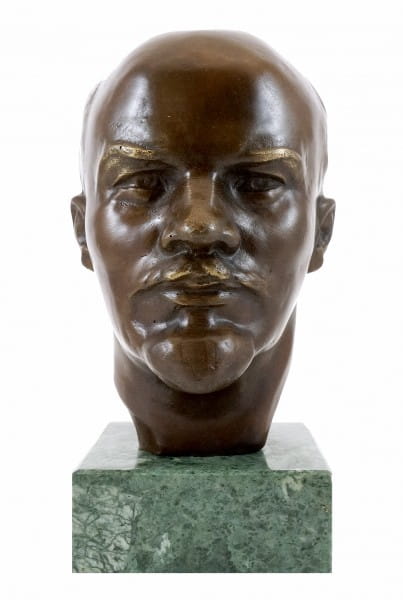 Description Evaluations 0
Description
In the Soviet Union, many cities had statues and monuments of Vladimir Ilyich Ulyanov , the... more
Close menu

In the Soviet Union, many cities had statues and monuments of Vladimir Ilyich Ulyanov, the revolutionary and leader of the Russian SFSR, better known by the nom de plume Lenin. With the dissolution of the Soviet Union in 1991, many of them were broken with no permission from their authors. This happened even earlier in the European post-Communist states and in the Baltic states. Vladimir Ilyich Ulyanov (1870-1924) was a Russian communist revolutionary, politician and political theorist. He served as leader of the Russian Soviet Federative Socialist Republic from 1917, then concurrently as Premier of the Soviet Union from 1922 until his death. Under his administration, the Russian Empire was replaced by the Soviet Union; all wealth including land, industry and business was nationalized. Based in Marxism, his political theories are known as Leninism. The adjoining bronze head was made ​​in the famous foundry.