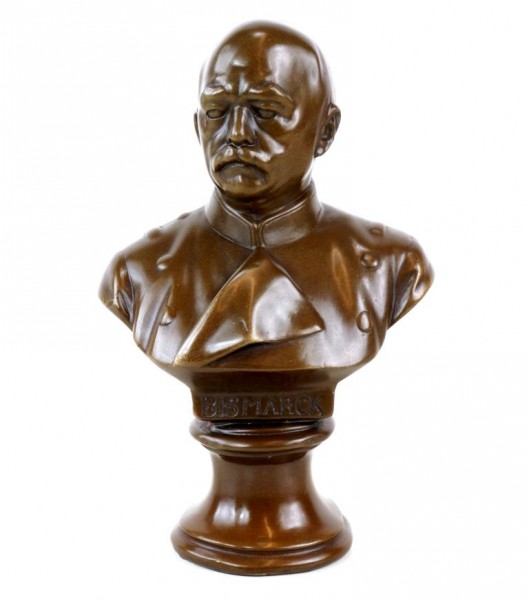 Description Evaluations 0
Description
Otto von Bismarck (1815 - 1898) is ranked as one of the most important politicians in the... more
Close menu

Otto von Bismarck (1815 - 1898) is ranked as one of the most important politicians in the history of Germany. He is emblematic for Prussia’s offensive war policies that were heavily influenced by the contents of his famous Blood and Iron speech. This secured a certain supremacy in Europe for Prussia – a position that Bismarck knew how to exploit. In 1881, he became the first chancellor of a unified German state under Emperor Wilhelm I. Gladenbeck’s bronze bust of Bismarck shows a detailed portrayal of this German statesman and politician who deeply shaped the course of European history. This bronze figurine of Otto von Bismarck is placed on a discreet marble base. Bismarck’s name is engraved on the front of the bust, and the signature of the artist can be found on the backside.