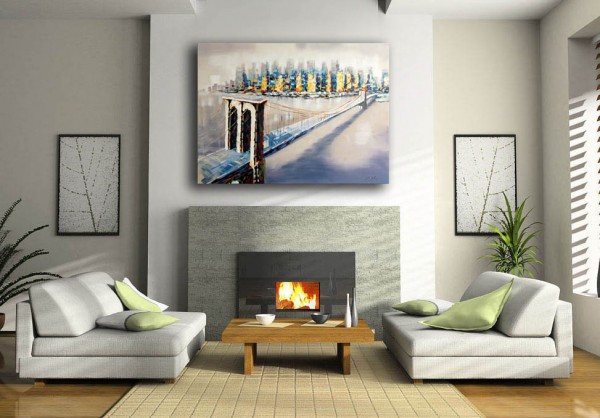 All of our paintings are hand-made acrylic paintings or oil paintings and were produced in limited numbers. Each is signed by the artist Martin Klein. Because each painting is a hand made single item, small deviations to the painting on the left are possible at delivery.

Martin Klein is an artist born 1979 in Bischofswerda, Germany, who now lives and works in Dresden, Saxony. In 2005 he studied art studies at the Academy of Fine Arts in Dresden. From then on he worked in an art gallery, to finance his second degree. In that art gallery, he presented his first works. His exhibition was a success; in particular its modern sculptures evoked substantial interest. The first exhibition in that art gallery was followed by two traveling exhibitions. Its various acrylic mixing and filling techniques give his paintings a distinctive character. The artist works with different materials. In addition to bronze sculptures he also manufactures modern fiberglass sculptures.