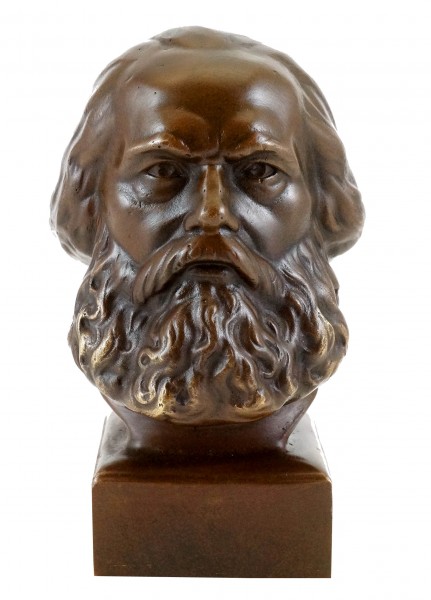 The adjoining bronze bust depicts the best-known Communists of the world: Karl Marx. Karl Marx was a major philosopher, political economist, journalist and founder of the so-called Marxism. Together with Friedrich Engels, he became the most influential theorist of socialism and communism. To this day, his theories are controversial.

Karl Heinrich Marx (1818-1883) was a German philosopher, economist, sociologist, historian, journalist, and revolutionary socialist. Marx's work in economics laid the basis for the current understanding of labour and its relation to capital, and has influenced much of subsequent economic thought. He published numerous books during his lifetime, the most notable being The Communist Manifesto (1848) and Das Kapital (1867–1894).

The bronze figure was made in the lost wax method practiced for thousands of years and meets strict quality guidelines. The process is subject to a complex, multi-day process of more than 30 steps.