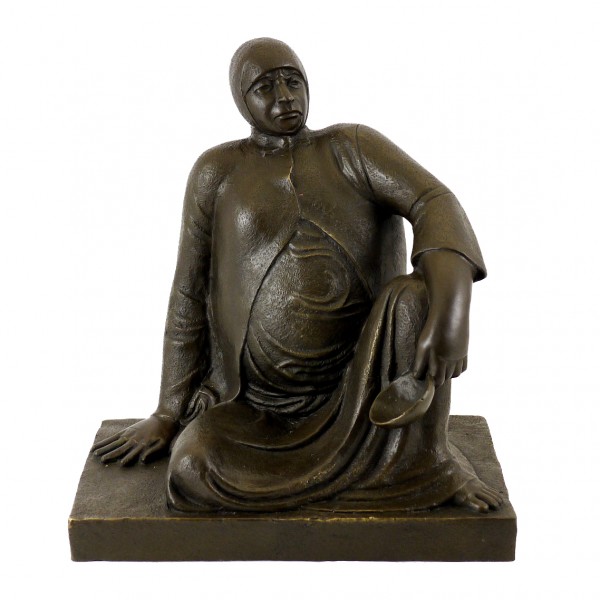 Description Evaluations 0
Description
With his sculptures "Blind Beggar" and the "Russian Beggar Woman with Bowl" the German... more
Close menu

With his sculptures "Blind Beggar" and the "Russian Beggar Woman with Bowl" the German sculptor Ernst Barlach finally had an artistic breakthrough in 1906. As a result of these two works Barlach was included in the Berlin Secession. The "Russian Beggar Woman with Bowl" is based on a sketch of his summer trip to Russia, which was first described by him as "Fat beggar". The sculpture reflects the mentally shook inside Barlach. In addition to this figure Barlach has created a number of other beggar figures showing the inner disruption of the artist. The sculpture bears the artist’s signature.