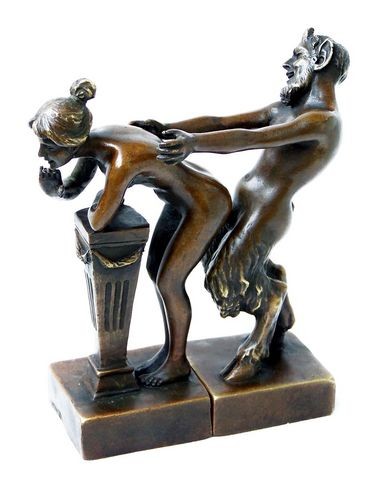 As all of the bronze products in our shop, this exhibit is hand-casted in our own foundry and subject to our strict quality inspections throughout the entire process of fabrication. All of our sculptures are exclusively compounded with the help of lost-wax casting.


While the virgin is known as an innocent, pure and untouched female, the satyr is known as part of Greek mythology and as a creature often playing pipe. While in early Greek art the satyr appears as an ugly creature, but its image changed during the years. In later art the satyr was pictured as a graceful creature with musical talent. In Roman art, the satyr, was named faunus and was a half human half goat creature with huge desires. The Roman version was also named faunus or phaunos and was known as a guardian of fertility of animals and humans.