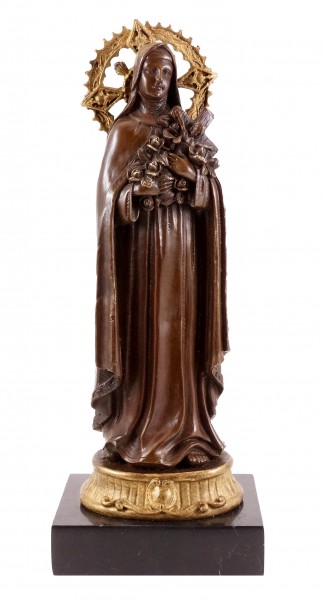 "Religious Bronze Figure - Mary/Mother of Jesus - A. A. Weinman"

The American sculptor Adolph Alexander Weinman is known for religious representations. Among his most famous works are the "Rising Day", an Icarus-representation, and the "Descending Night", the female counterpart of it. In our shop you will find also the representation of the crucified Christ. The sculpture on the left is a representation of the Mother of God, Mary. In her hands she holds a crucifix, the body of the crucified son. In that depiction the whole Christian history of salvation becomes apparent. The sculpture is signed with the artist's name.