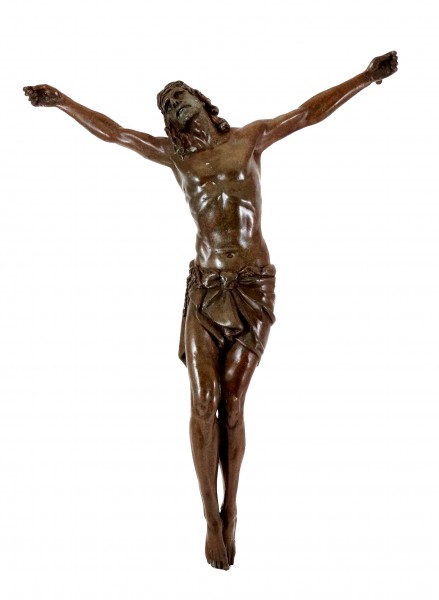 Description Evaluations 0
Description
The sculpture on the left is the artificial representation of the crucified Jesus ,... more
Close menu

The sculpture on the left is the artificial representation of the crucified Jesus, the cross is not implemented here, and it must be imagined by the viewer. The crucifix is a principal symbol for many groups of Christians, and one of the most common forms of the Crucifixion in the arts. It is especially important in the Latin Church, but is also used in Eastern Orthodox and Eastern Catholic Churches, as well as in Methodist, Lutheran and some Anglican churches (though less often in other Protestant churches) and it emphasizes Jesus' sacrifice — his death by crucifixion, which Christians believe brought about the redemption of mankind. The sculpture is signed with the artist’s name.